Reclined at the table, sharing bread and wine with his disciples, Jesus knew what was about to take place.

He also knew that one of the familiar faces at this intimate dinner – faces belonging to men once considered as outcasts, deadbeats, and general failures at doing life – belonged to the one who was preparing to betray Him. Yet, even that guy, Judas, was still welcomed by Jesus at the table and invited to feast.

But Jesus wasn’t naive. He didn’t spend His time calling out and shaming Judas for His thoughts and imminent actions. Instead, He shared wine and bread with everyone, and also to some, a very clear warning.

“Simon, Simon, look out. Satan has asked to sift you out like wheat. But I have prayed for you that your faith may not fail. And you, when you have turned back, strengthen your brothers” (Luke 22:31-32 CSB).

Other Bible translations make it clear that Jesus was warning Peter of the plans of Satan (the devil) to test every one of the disciples; to “sift them out like wheat”.

As he has been in the beginning in the garden with Adam and Eve, and continues to be today in 2020, the devil was on a mission to test and tempt away God’s faithful people. The devil’s aim was to steal, kill, and destroy (John 10:10). To steal Jesus from them, to kill Him, to destroy the faith they have in Him, and therefore also to steal their own place in the Kingdom of God, and destroy their ability to help bring others with them.

‘Simon’ was Peter’s name before he encountered and made a decision in his head and heart to follow Jesus as a disciple. Jesus named Simon ‘Peter’ after he identified Jesus as the Messiah; the One sent by God as a saviour to the lost people of the world (John 1:40-41 and Matthew 16:13-19). This truth was revealed to him by the spirit of God and not by the teachings of any person.

Peter is the Aramaic word for ‘boulder’.

“And I also say to you that you are Peter, and on this rock I will build my church, and the gates of Hades will not overpower it. I will give you the keys of the kingdom of heaven…” (Matthew 16:18-19a).

Simon, meanwhile, means ‘reed’, which in Hebrew is a plant that sways when any force pushes it.

Without Jesus, Peter is Simon.

When Peter is Peter, Jesus sees a person whose life is built on a rock on which a community of believers who reach out and support the people around them with love, can be built and can overcome the power of darkness. But when Simon is just Simon, he is someone who is easily swayed back and forth, left and right, by the unpredictable winds around him.

Preparing for Something Earth Shattering

Back at the table, Jesus knew that something big – something literally earth-shattering – was about to happen. He was about to fulfil God’s plan in being crucified on the cross, buried in a tomb, and then resurrected into new life, before ascending back up to sit next to God.

This was going to happen in order to to take away the sin of those who choose to believe in Him, and give them the opportunity for reconciliation and relationship with God in this life, and the life to come. Where the devil had planned to steal, kill, and destroy, Jesus had been sent to give life and give it in abundance (John 10:10).

As we are told, God works all things for the good of those who love Him and work according to His purposes (Romans 8:28).

But before this was to happen, one of His disciples – the treasurer, as it happens – had grown discontented, distracted, and deceived. He had allowed himself to take a slippery slope to be delivered to death by the devil. And while one disciple was about to betray Jesus, another, Peter – or Simon – had to be warned to pay attention, also.

Even with this warning, when reclining at the table with Jesus, Peter’s former life of weakness and vulnerability – like a reed in the wind – must have felt like a distant memory to him. But Jesus’ use of the name ‘Simon’, seems like a sharp reminder to Simon of who he used to be without Jesus, and to who he could still become again if he wasn’t careful and became complacent.

Indeed, only a short time after dining together when the innocent Jesus had been arrested and was being trialled, that Peter, in a moment of weakness and timidity, denied his knowledge of Jesus to the crowd when repeatedly questioned. Indeed, Peter failed in the test. But, possibly remembering Jesus’ words, Peter clearly regretted it and sought forgiveness. He then later was recorded to have led thousands of people to believe in Jesus when sharing about who Jesus was and what Jesus had done for them.

“And you, when you have turned back, strengthen your brothers”.

That all happened at a time of impassioned public gatherings, unfair and unfounded accusations and assumptions, division and distraction, and challenges over power, control, justice, and order in society.

We are living in a time we couldn’t have imagined six months ago as many of us enjoyed our Christmas dinners in the company of close ones.

If you already had a Christian faith before these times, you may be experiencing a kind of peace in these times that others find hard to understand. Or even with faith you may still be struggling to find still waters amongst these storms. If you did not and do not have a faith, you may be wondering where to look, who to believe, and what to put your trust in at this time.

You may consider yourself ‘saved’, like Peter was after being transformed on the inside from being Simon. Or alternatively, you may be wondering what on earth being ‘saved’ means.

At Spirit in Sport we believe now is the time to take your seat at the table with Jesus, and ‘look out’. Whether you consider yourself a believer or currently you’re not so sure.

For Christians, not spending time with Jesus today is not an option.

Without reading God’s word – the Bible; without spending time in prayer – sharing our anxieties, burdens and requests with Him; without giving Him praise – thanking Him for and remembering what He has done, given and promised us; without enjoying communion and unity with fellow brothers and sisters (even just virtually or on the phone); without being in worship – enjoying intimate personal moments of communication and activity in God’s company; and without putting Him before everything and everyone else, without all these things, we run a very real risk of becoming Simon, or even Judas – like reeds being moved and separated by the strong winds of this world, like wheat being sifted and separated. This is far from who God has designed us to be – Peter; a rock where the church can be built, for who the schemes of the enemy can not prevail, and with who the keys of the Kingdom are entrusted.

If you do not consider yourself to have a faith, we believe Jesus provides a very real answer to and for this world. For those looking for purpose, a plan, and a stable and clear identity in life – as was created and always intended from the beginning, there is a very real God waiting for you. Even in these troubled times, there is a table to recline at, a feast ready to enjoy, and a very real friend in Jesus to get to know.

Whether you feel like a reed being blown about by the wind of troubled times, or like a rock sat steady, like a guest reclining at a feast already, it’s time to look out. 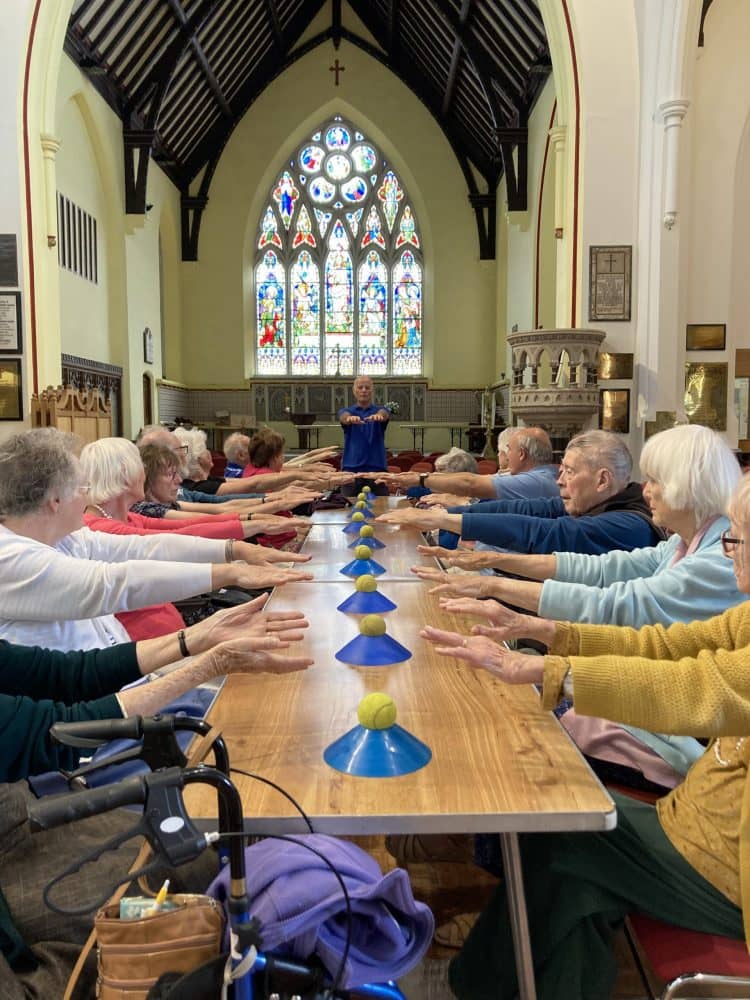 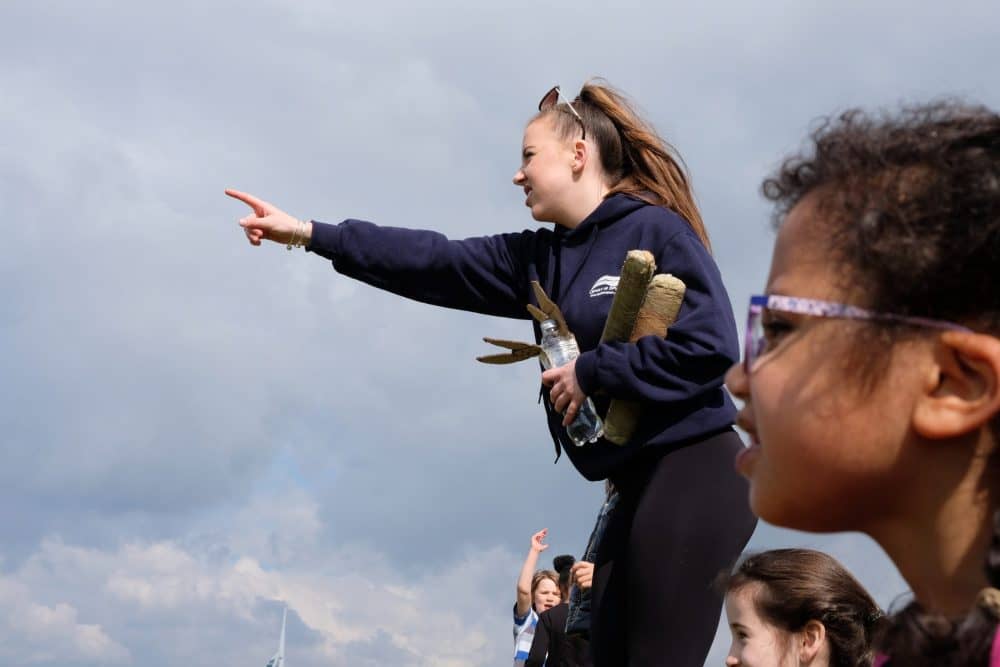 Coach Bootcamp – preparing for the next generation!

Close
Sign in
Close
Cart (0)
No products in the cart.